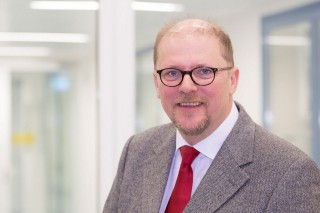 He began his career in 1986, with diverse roles at Siemens Telekom, NEC, Infineon, FS Design GmbH and as Head of Research at the Nokia Research Center in Germany. At Nokia, he was responsible for technology transfer in the area of microelectronics with Nokia’s global product development units. In his time with the company, he supported the establishment of corporate research activities in Japan, China, Russia, India, and Hungary. He was also President of the Society of Microelectronics, Microsystems and Precision Engineering (VDE/VDI GMM) and member of the VDE’s executive committee and the VDI scientific council.
Since 2008, he has supported no fewer than 19 enterprises as interim manager as part of his consulting work.

Dirk Friebel is consultant for the EU and member of the advisory board of the VDE/VDI GMM. He has personally established eight companies and scientific associations. His global network covers the entire value chain in the microelectronic and telecommunications industry and provides a constant source of new professional and commercial opportunities.
In 2017, Dirk Friebel was appointed as manager of the Marketing & Business Development function of the Fraunhofer IZM.