Understanding the mysteries of the human brain is one of the greatest challenges for scientists in the 21st century. Progress in this field promises to give humanity a new insight into what makes us who we are, enable new treatments for neurological conditions, and pave the way for revolutionary computing technologies. Today, IT and communication technology has brought us within arm’s reach of this vision in the European Human Brain Project.

In the ten-year Human Brain Project, 121 partners from twenty countries around the world have come together in twelve sub-projects, pursuing one goal: Creating a shared European scientific infrastructure for brain research, cognitive neurosciences, and other sciences inspired by or dedicated to the human brain. To do so, the partners are collecting, processing, and sharing data about the brain and its possible conditions. Their ambition is to enable brain-inspired computing, data analysis, and robotics, with a sense for their responsibility and the benefits of their work for human societies everywhere.

From Wafer to Board Technology

In addition to a brain simulation, a computing platform, or medical information and neuro-robotics, the researchers are also working on a neuromorphic computing platform. This includes the invention of a completely new category of computer hardware inspired by the human brain that transcends the limits of conventional technology. The vision of the researchers is to create the most advanced, brain-inspired hardware to accelerate their work and e.g. simulate learning processes in real time.

On their way to that ambitious goal, they are pursuing two complementary solutions, with the BrainScaleS system of the University of Heidelberg’s Kirchhoff Institute of Physics being relevant for the work of Fraunhofer IZM. This approach uses high-speed, energy-efficient analogous chips that simulate the physical processes happening in the human brain. The system currently includes more than 20 silicon wafers using 180-nm processes with circuit models for 4 million neurons and 1 billion synapses. When silicon wafers are produced in semiconductor manufacturing, the end result is chips that are physically separate from each other. Fraunhofer IZM uses high-density chip-to-chip connections across the entire wafer to turn this mass of separate chips into a single large-scale entity.

The new wafer-to-system connections use a specialized embedding technology: In the lamination process, 200-mm silicon semiconductors with a thickness of just 250 µm were integrated into a stack of FR4 frames, two prepreg layers, and two copper films, using a heated vacuum high-pressure lamination press.

Since the start of the project, the researchers have already marked an important first milestone: The first active PCB system with embedded active wafer has been produced and passed testing at the University of Heidelberg with flying colors. The wafer specialists at Fraunhofer IZM in Berlin are currently working on improvements to the lamination process and developing a novel procedure for avoiding wafer drift. The next challenge is the preparation of a complete neuromorphic computing platform. Fraunhofer IZM is the ideal technology partner for this venture, as the Berlin-based institute can combine highly sophisticated wafer-level integration strategies with its unique competences in PCB embedding.

The Human Brain Project is supported with more than €200 million in funding from the European Union, accounting for half of the project’s budget. The other half is made possible by funding from the EU member states and private sources. The project has successfully completed its ramp-up phase (October 2013 to March 2016) and the specific grant agreement SGA Phase 1 (April 2016 to April 2018). The current SGA Phase 2 is scheduled to continue until March, with further phases currently being reviewed. For more information, visit www.humanbrainproject.eu. 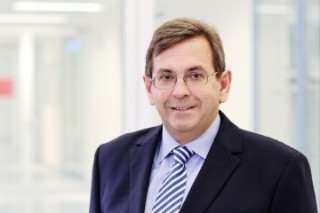