Nowadays cutting-edge research is no longer possible without international networking. Thus, to meet its research goals effectively, Fraunhofer IZM has formed strategic networks with universities, research institutes and companies both in Germany and abroad.

To reinforce the position of Europe’s semiconductor and electronics industry beside global competition, eleven institutes within the Fraunhofer Group for Microelectronics have, together with the IHP GmbH - Innovations for High Performance Microelectronics and the Ferdinand-Braun-Institut, Leibniz-Institut für Höchstfrequenztechnik, come up with a concept for a cross-location research factory for microelectronics and nanoelectronics.

Cooperation with the Technische Universität Berlin

Fraunhofer IZM’s cooperation with Technische Universität Berlin has been close and productive since the institute’s establishment. The collaboration originated with TU Berlin’s Forschungsschwerpunkt Technologien der Mikroperipherik. The latter was founded by the university in 1987, with support from the then German Federal Ministry for Research and Technology and the Berlin senate. Headed by Professor Herbert Reichl, it became one of the world’s first research institutes for assembly and interconnection technology.

Since the founding of Fraunhofer IZM in 1993, there has been an intensive scientific exchange between the two institutions. With Professor Klaus-Dieter Lang taking over, the good tradition of joint leadership for the two institutions will be continued. In the area of smart system integration, the partners pursue the same aim, namely, to integrate components that may have been manufactured using very different technologies on or in a single carrier substrate. The advantages are higher flexibility and yield at lower costs along with high integration densities. 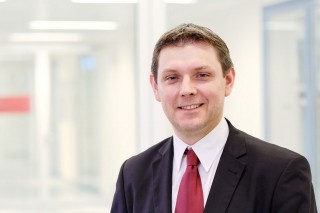