In order to be able to guarantee the highest level of safety in automated driving, 3D radar modules that can be positioned relatively freely on the vehicle and integrated into a sensor network, enabling 360° all-round vision, were developed by the KoRRund project. This allows them to analyze their environment in real time and from all perspectives simultaneously. To achieve this seamless mapping of the environment, researchers at Fraunhofer IZM, together with project partners, developed packaging processes for reliable radar sensors with revolutionary free-form surfaces that will make any antenna shape and attachment to the vehicle feasible in the future.

Ten million self-driving cars are expected to be on the road in Europe alone by 2030 – almost twice as many in China[1]. The trend is inevitably towards automated driving because the advantages are obvious: more efficient road traffic thanks to vehicle networking, comfort and time savings for passengers, but above all increased safety during the journey. After all, most traffic accidents happen because of human error. To ensure this safety, automated vehicles are equipped with radar sensors that scan and process their surroundings. Since these sensors currently have a flat design and are preferably mounted at the front and rear of the vehicle, they usually monitor an area of 180°. But what if a completely gapless coverage of the surrounding area could be ensured?

In order to realize exactly such a 360° real-time capture and thus to guarantee the recording of the smallest objects and living beings from different perspectives, researchers from the KoRRund Project transcended the existing barriers of radar development and explored new approaches to spatial resolution as well as target classification.

Fraunhofer IZM played a key role in the development of the sub-project, in which mold technology for 3D radar sensor technology were simulated, built and tested. In order to develop optimal high-frequency antennas using ultra-high integration methods, the three technology partners of the sub-project (Bosch, Schweizer Electronic AG & Fraunhofer IZM) individually developed solution approaches, which were evaluated together with the Karlsruhe Institute of Technology (KIT) with regard to their RF suitability. The research focus of SEAG and Bosch in KoRRund was the transfer from the two-dimensional to the three-dimensional by introducing flexible areas, i.e. the realization of foldable superstructures based on established manufacturing technology. Here, Fraunhofer IZM has taken a promising path towards 3D structured radar modules based on compression mold technology.

The researchers encapsulated the previously planar high-frequency substrate in a curved form so that no fixation is required afterwards: The result was a free-form surface for antennas that can be used at 76 GHz while requiring a minimum of installation space. With the help of a special encapsulation system, it is possible to simultaneously back-mold the assembled substrate and to overmold a high-frequency circuit mounted on the substrate, i.e. to protectively overmold it and – in the case of flip chips – to underfill it. This means that almost any geometry of robust and cost-effective 3D antennas can be realized and also produced in large quantities. This technology can be useful not only for all-round visibility on cars, but also in a wide variety of antenna designs. From round, angular to very special shapes – industrial applications in almost all areas of radar, optics and also sensor technology are conceivable with this free-form technology.

The KoRRund Project, in its long form “Conformal and Multistatic MIMO Radar Configurations for Radar Surveillance for Automated Driving”, was successfully completed at the end of 2020 after a project duration of three years. The project partners Inmach, Ulm University of Applied Sciences, KIT, Schweizer Electronics AG and Ulm University, as we as Fraunhofer IZM, have all contributed to the success of the project under the coordination of Bosch. The project was funded by the Federal Ministry of Education and Research with a sum of 4.6 million euros.

[1] According to the prognoses of the consulting firm PwC: https://de.statista.com/statistik/daten/studie/875147/umfrage/prognostizierter-pkw-bestand-in-regionen-weltweit-nach-art-der-pkw-nutzung 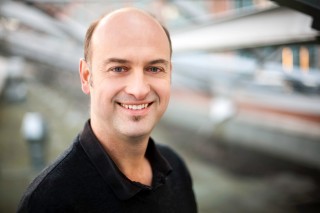