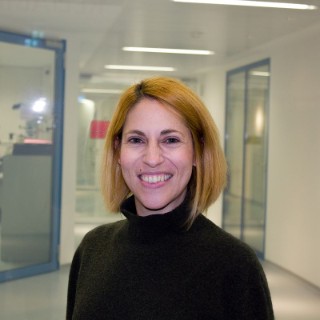 Vasiliki (Vasso) Giagka was born in Athens, Greece, in 1984. She received the M.Eng. degree in electronic and computer engineering from Aristotle University of Thessaloniki, Thessaloniki, Greece, in 2009. She then moved to London to join the Analogue and Biomedical Electronics Group at University College London, UK from where she received the PhD degree in 2014. In 2015 she joined the Implanted Devices Group at University College London, UK, as a research associate.

She currently, since September 2015, holds an assistant professor position at the Bioelectronics Group at Delft University of Technology, Delft, The Netherlands, and since September 2018 she is also leading the group Technologies for Bioelectronics, at Fraunhofer Institute for Reliability and Microintegration IZM, Berlin, Germany. Between her two affiliations, she is carrying out research on the design and fabrication of active neural interfaces. In particular, she is investigating new approaches for neural stimulation and wireless power transfer, as well as, implant miniaturization, microsystem integration, packaging and encapsulation to meet the challenges of bioelectronic medicines.