The vision of cars that drive or planes that fly themselves can only become true if the electronics on board can determine where they are in space, anytime and with reliable precision. In the aerospace sector, this job is given over to optical gyroscopes that measure light to check and stabilize the course of a vessel in flight. But such gyroscopes can be affected by certain material properties or by electrical or magnetic fields – and the consequences can be disastrous. This is why a German-Polish research consortium has come together to develop a reliable means to transmit light to make gyroscopes less susceptible to interference. Their secret: Hollow-core fibers that can channel light with minimal loss.

Fiberoptics form the backbone of modern telecommunications: Tiny tubes, thinner than a human hair, that contain a glass core that is again ten times thinner. In that core, light can move with virtually nothing to disrupt it. As the refractive index of the material shrinks the closer one gets to the outer layer, the light does not seep through the thin walls, but instead bounces back from them, zig-zagging through the inner core. The scientists speak of total internal reflection once this is achieved.

Measurement technology also uses the capabilities of optical fibers. They are an elementary part of gyroscopes, that is, highly precise rotation sensors. If only one axis of movement is relevant, acceleration sensors would suffice, but when an autonomous object’s movement through all three dimensions of space needs to be tracked, the measuring system has to be more complicated and include three accelerometers and gyroscopes.

Optical gyroscopes at the limit

One can imagine an optical gyroscope measuring rotation like a trip around the world: Depending on the direction of travel, one loses time or gains time. A fiber gyroscope includes a fiber that is wound around a coil and forms a ring resonator. In that resonator, light can travel with or against the clock.

When the object turns, the path passed by the light wave changes imperceptibly, either shrinking or expanding by a tiny margin. It is this minute change that a detector can pick up and use to calculate the rotation.

But this is where optical fibers come up against the limits of their capabilities. Magnetic and electrical fields can interfere with the sensor’s interpretation work, and the material itself can interact with the light and cause a change in its optical properties. These so-called nonlinear effects directly impact how the light travels. The interference is so minimal that it poses no problem for telecommunications, but it can prove critical for navigating autonomous objects, as the tiny deviation from the expected direction will soon mean a measurable deviation from the chosen course.

In their work to avoid these effects, researchers at the Fraunhofer Institute for Reliability and Microintegration IZM have been investigating cutting-edge technologies and materials, and they have come across a promising new candidate in the market: Hollow-core fibers.

These are just as thin as typical optical fibers, but they do contain air instead of a glass core. Light can pass through that hollow space without any disruption, which clearly reduces the material effects that can change its behavior. Light also moves through the material at 1.5 times the speed of standard fibers, making hollow-core fibers an appealing option for data transmission applications as well. Currently, their high prize still stands in the way of their more widespread adoption.

Clever interconnection technology to the rescue

For the researchers around photonics experts Wojciech Lewoczko-Adamczyk and Stefan Lenzky, the challenge was to seize the disruption-resilient properties of these fibers for the construction of highly precise gyroscopes but keeping the production costs down at the same time. They needed to find an interconnection technology that could work with the new fiber type. One major challenge was the means to split the light signal for several channels. Typically, individual waveguides would be coupled by simply fusing them together, but this was impossible for the hollow-core fibers, as their unique structure would be lost when exposed to heat.

To counter this effect, the researchers constructed miniature collimators: Highly precise lenses that capture the light from one fiber and emit it before any diffraction can happen. With this crucial step passed, the light can be split by half-reflective mirrors and fed into the ring resonator. After one trip around the ring, it is measured and fed back into the fiber through a second collimator.

When coupling light with two collimators, extreme precision is of the essence: In laboratory environments, the components can be placed and aligned with precise positioning tools, but these are unlikely to be available in industrial production sites. This means that small to medium enterprises have, to date, been unable to offer this process. This is why the German-Polish consortium is developing a passive coupling platform that allows the technology to be integrated in individual applications. Its layout allows the precise fitting of the finished collimators, removing the need for additional alignment.

Even with the project still scheduled to run to the end of the year, the researchers have already made substantial progress: Collimators are still needed to bend the beams, the optical components produced by Fraunhofer IZM already outperform current solutions in the market with tenfold precision, at a maximum angle of refraction of 0.04 degrees. This means that pairs of collimators can be used for the passive coupling platform without requiring additional alignment, while achieving coupling efficiency of more than 85 percent. The mission for the third and final year of the project is to test how reliable the platform will be, add more optical and mechanical components, and fit everything in a gyroscope. Once the rotation sensor has been constructed, everything is ready to field-test the technology under real-life conditions.

The collimator assembly platform can make optical gyroscopes for aircraft and satellites more resilient against disruption, but it can also be a hybrid addition to integrated optical systems that e.g. use optical elements that need free beam coupling. Scattered light exiting a waveguide can be collimated to reduce losses when reentering the next waveguide. The optical solution will also be relevant for processing material with ultra-high powered light beams or for transmitting infrared or shortwave UV light. Other promising applications can be imagined in the field of telecommunications.

All of these developments were made possible by the ERDF funding for the ROYCE (Resonant hOllow-core fiber gYrosCopE) project with the involvement of the Nicolaus Copernicus University in Torun, Piktime Systems sp. z o.o., and Eagleyard Photonics GmbH. The ROYCE project was initiated during the fourth joint call for proposals by Berlin and Brandenburg together with Poland as part of the PHOENIX internationalisation network of the Photonics Cluster Berlin Brandenburg. The project funding for the Berlin and Brandenburg partners is supported by the regional programme for the promotion of research, innovations and technologies (Pro-FIT) and by public funds from Berlin Senate Department for Economic Affairs, Energy and Industry and Brandenburg Ministry for Economic Affairs, Labour and Energy. 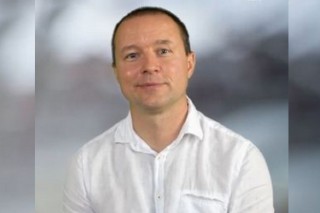